Current and Future Prospective of a Versatile Moiety: Imidazole


Imidazole containing compounds have been a very much explored field since ancient times. Subsequently, it constitutes a significant moiety for the new drug development. A variety of compounds having imidazole moiety have been synthesized, evaluated and marketed for the treatment of various diseases such as antifungal, antiepileptic, ACE inhibitors and so on, as shown in the figure. The search for imidazole containing compounds with more selective biological potency with low side effects continues to be an active area of research in medicinal chemistry. This review is in an effort to highlight the marketed drugs with imidazole ring. The article also demonstrates the future prospective of marketed imidazoles as antifungal with potential activity targeting 14α-demethylase enzyme. 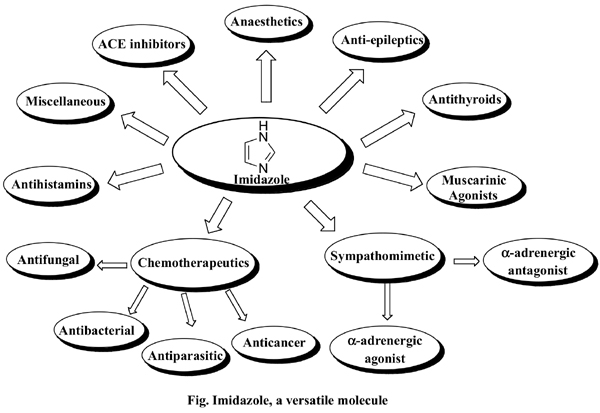