Alzheimer’s disease (AD) is one of the most common forms of dementia and has been a global concern for several years. Due to the multi-factorial nature of the disease, AD has become irreversible, fatal and imposes a tremendous socio-economic burden. Even though experimental medicines suggested moderate benefits, AD still lacks an effective treatment strategy for the management of symptoms or cure. Among the various hypotheses that describe development and progression of AD, the amyloid hypothesis has been a long-term adherent to the AD due to the involvement of various forms of Amyloid beta (Aβ) peptides in the impairment of neuronal and cognitive functions. Hence, majority of the drug discovery approaches in the past have focused on the prevention of the accumulation of Aβ peptides. Currently, there are several agents in the phase III clinical trials that target Aβ or the various macromolecules triggering Aβ deposition. In this review, we present the state of the art knowledge on the functional aspects of the key players involved in the amyloid hypothesis. Furthermore, we also discuss anti-amyloid agents present in the Phase III clinical trials. 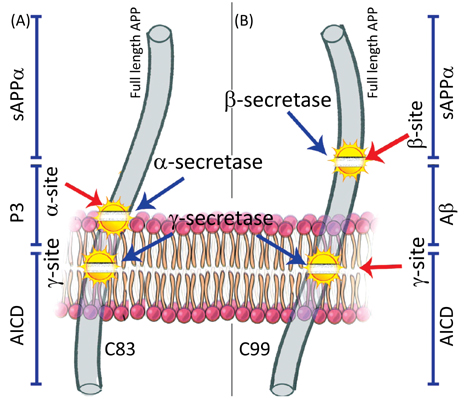