Trans-sialidase Associated with Atherosclerosis: Defining the Identity of a Key Enzyme Involved in the Pathology


Atherosclerosis is associated with the increased trans-sialidase activity, which can be detected in the blood plasma of atherosclerosis patients. The likely involvement in the disease pathogenesis made this activity an interesting research subject and the enzyme that may perform such activity was isolated and characterized in terms of substrate specificity and enzymatic properties. It was found that the enzyme has distinct optimum pH values, and its activity was enhanced by the presence of Ca2+ ions. Most importantly, the enzyme was able to cause atherogenic modification of lowdensity lipoprotein (LDL) particles in vitro. However, the identity of the discovered enzyme remained to be defined. Currently, sialyltransferases, mainly ST6Gal I, are regarded as major contributors to sialic acid metabolism in human blood. In this mini-review, we discuss the possibility that atherosclerosis- associated trans-sialidase does, in fact, belong to the sialyltransferases family. 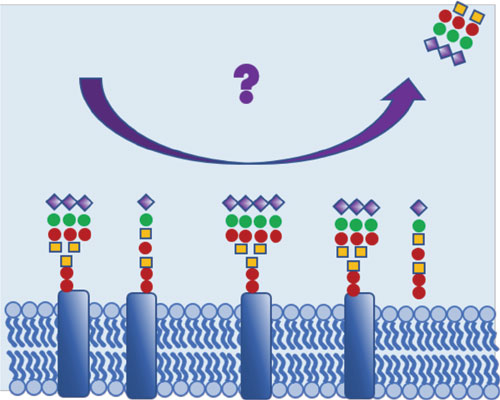