From “An Enzyme Able to Destroy Penicillin” to Carbapenemases: 70 Years of Beta-lactamase Misbehaviour


As early as 1940, Abraham and Chain described “an enzyme able to destroy penicillin”. In the late 1940’s, penicillin-resistant strains of Staphylococcus aureus were found to be a clinical problem. They produced a penicillinase that could hydrolyze the amide bond in the β -lactam ring. Later, an enzyme mediated by an R-factor was isolated from Enterobacteriaceae. Methicillin and cephalosporins, both very poor substrates of the S. aureus enzyme, were found to be sensitive to this new enzyme. Third generation cephalosporins appeared to solve the problem, but further enzymes were selected that exhibited extended spectra and could for instance hydrolyze cefotaxime and/or ceftazidime. The discovery of carbapenems constituted a major advance for our antimicrobial arsenal: they inactivated most of the essential penicillin binding proteins effectively and escaped the activity of nearly all known -β lactamases. However, the metallo- β-lactamases, which had not been recognised as a major danger before 1990, were found to act as effective carbapenemases and started to spread in a worrying way. Moreover, carbapenem-hydrolyzing enzymes were found in each of the 3 classes of active-site serine β-lactamases. 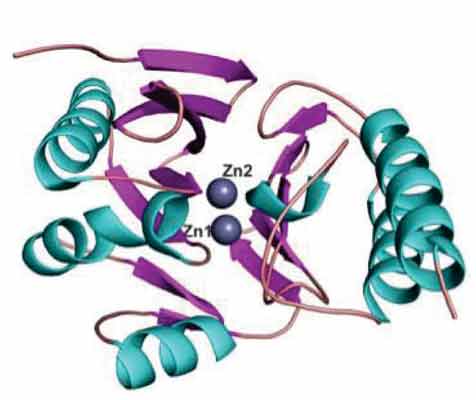